Adrian Fothergill was a young Subaltern, who had recently been seconded to the 9th Lancers currently stationed in India, shortly after the Mutiny. Being the new boy Fothergill felt a little like a fish out of water. All the other Regimental Officers were all old India hands and were tanned almost as dark as the natives, whilst he with ginger hair and red face stood out like the proverbial sore thumb.

Desperately wanting to fit in Fothergill approached the Regimental Adjutant for advice. The Adjutant asked, ‘Can you shoot, boy!’ Fothergill replied proudly, ‘ I was the best shot in my year at Sandhurst’ The Adjutant Replied, ‘Perfect! Get yourself a gun-bearer and some beaters, and get out in the jungle and bag yourself a tiger!’

Fothergill took a trooper with him who spoke the local dialect, to a village on the outskirts of the jungle. Where Fothergill hired a Gun-bearer and some beaters, The Gun-bearer picked a likely spot and instructed the beaters to beat towards it.

Fothergill stood poised waiting, then it suddenly dawned on him what he was doing there. He was waiting to shoot at an animal, that if he missed or merely wounded it, it would no doubt maul him or worse. His bearer passed him the rifle saying, ‘He come, Sahib!’

He gestured to where the grass was moving as the tiger charged through it. Fothergill stepped back, with his rifle at the ready. As the tiger approached Fothergill panicked stepped back and tripped over a root and discharged his weapon at the same moment as the tiger sprang. The shot, although not aimed struck the tiger in the heart and it fell dead at Fothergill’s feet.

Fothergill got the beaters to fashion a sling and had his tiger carried back to the Regimental Lines, it was skinned and treated and presented to the Officer’s Mess as a rug and to this day, it is still known as Fothergill’s Tiger. 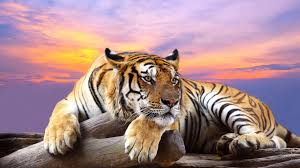 "I am well read, fairly well travelled, maybe not as many stamps on my passport as I would like. Young at Heart, Always! I like Military history. I Love Life`s variable, colour, character are potential events to record for posterity!! View all posts by Orvillewrong

Hello everyone, I’m Malcolm Marsh or Malkie which I prefer a 74yrs old aspiring author from Nottingham. England. I have been writing for pleasure for many years and now I would like to pass on some of that pleasure to others. I write various styles under several pseudonyms. In my earlier years I was a musician and music still plays a major part in my life, I have a varied and eclectic taste, I often write with musical backing I find it stimulates my creative parts